With raising a 3 year old, being a teacher and preparing for a second child in April my gaming time has pretty much gone out the window.  Although I try to make time to get in a few games, my pile just keeps growing.  Here are a few shots of the games that are piling up.  Also, add to this that I haven't picked up my Gears of War: Judgement yet and Bioshock Infinite comes out next week.  One good thing is that I am on Spring Break next week, so hopefully I will be able to knock a few of the games of the pile.

Remember the first time you saw The Lord of the Rings: The Fellowship of the Ring and though to yourself, "It would be cool if they can go back and make The Hobbit into a movie". Well, you were not the only one. Peter Jackson has returned to the beginning and has given his fans something that they have been waiting for and has broken this story down into a trilogy too. The first in this series The Hobbit: An Unexpected Journey is being released on Blu-Ray and DVD this Tuesday March 19 and Fandads is giving away one Blu-Ray/DVD combo to one of our lucky readers.

(Disclosure: This is not a paid post and the Blu-Ray Combo will be provided by Warner Bros.)

Baby Number Two is On the Way, So Why am I Freaking Out! 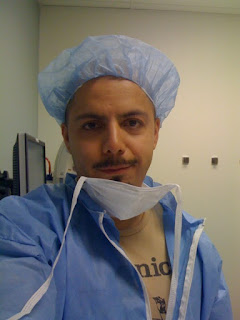 Lately I have been writing about how my wife and I are expecting our second child in April and how our little girl is excited about having a new brother or sister (we're not finding out the sex of the baby), but while I am confident and all smiles on the outside, inside I am freaking the F*@k out.


Tonight (Friday March 15th) the Hallmark Channel will be premiering Return to Nim's Island at 8/7 Central.  While the show airs tonight, the Blu-Ray/DVD combo will be available to purchase exclusively at Wal-Mart on March 18 and we here at Fandads, along with PartnersHub are giving away a copy to one of our lucky readers.